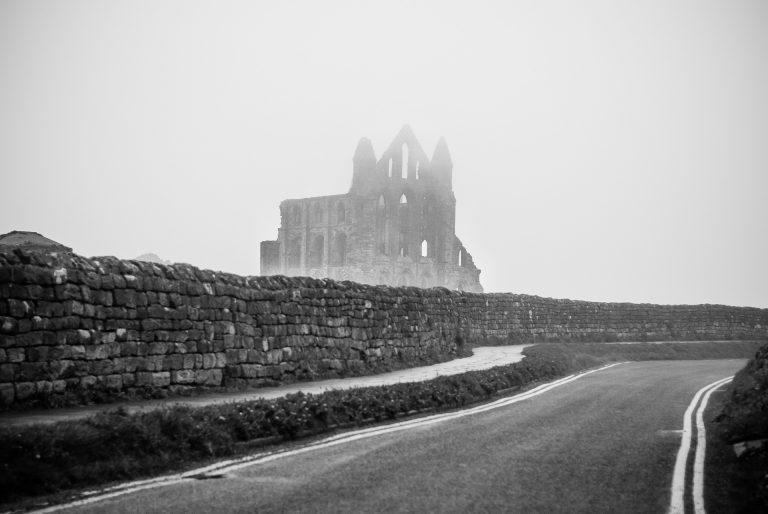 When you think of Whitby, we’re guessing you’ll think of Dracula, Whitby Abbey or fish and chips first, but the seaside town has so much more to offer! For example, did you know that Whitby Museum is home to a mummified severed human hand? Or that you can explore the house which was once home to Captain Cook?

In today’s blog post, we’re highlighting these hidden treasures and where you can find them!

Whitby Museum is located in Pannett Park which is just a short 10-minute walk from Whitby train station. The independent Victorian museum has an array of wonders including local fossils, model ships, carved jet, toys and costumes.

One thing that may surprise you is that it also showcases a mummified severed human hand and it has done since 1935! The hand was found hidden within the wall of a thatched cottage in Castleton in the early 20th century.

It was said that the right hand belonged to a felon and was cut off while the body still hung from the gallows. It was supposedly used by burglars to send sleepers into a coma from which they were unable to wake. Spooky!

(Image from The Whitby Guide)

It’s hard to believe but the North Yorkshire coast is littered with shipwrecks, some of which are still visible today.

You’ll find the mysterious wreck of Admiral Von Tromp along the coast at Saltwick Bay, near the Black Nab. Tromp sank in 1976 although nobody is entirely sure what exactly happened. Whitby lifeboat attended the scene but struggled to get close to the crew safely. Sadly, two crew members were swept away by the sea but after a struggle, the rest of the crew were rescued.

Please be aware of the tide times and the dangers of falling rocks from the cliffs above if you’re planning on venturing to the coast.

Located on the East Cliff, the Church of Saint Mary was founded in roughly 1110. Although most famously known for its appearance in Bram Stoker’s novel, Dracula, the church also has its own story to tell.

Scratched into the ancient pews, you can find mysterious artwork showing ships and letters. This debunks the common thought that graffiti is a modern phenomenon – people have been doing it for years!

One thing to note – if you’re planning on visiting St Mary’s Church, be prepared to climb 199 steps to reach it.

Captain Cook Memorial Museum is based in a 17th century house on Grape Lane, which is right in the centre of Whitby on the East side. It was in this very house where a young James Cook lived whilst he was an apprentice training as a seaman.

James Cook used the maritime skills he learnt in Whitby to become a naval captain, navigator and explorer. In 1770, he discovered and charted New Zealand and the Great Barrier Reef of Australia!

The house on Grape Lane is now home to a museum showcasing an impressive collection of items relating to Captain Cook.

Located high on the East Cliffs, you’ll find the ruins of Whitby Abbey. The monastery was originally founded in about 657, and it went on to become one of the most important religious centres in the Anglo-Saxon world. Today the landscape is dominated by the shell of the gothic 13th-century church.

If you explore the grounds, you’ll find something very intriguing. There is a distinctive grave, which people refer to as ‘Dracula’s grave’. You’ll know when you see it!

A scary mummified hand isn’t the only surprising thing at Whitby Museum. You’ll also find one of the best collections of Jurassic fossils in Britain, specifically huge marine mammals and ammonites.

The extensive collection includes fossils collected in the early 19th century and some from present day. Because of this, the collection has become a vital source for geologists studying the history of the earth, and the history of science.

The 13th century ruin of Mulgrave Old Castle can be found in Sandsend, which is roughly a short 10-minute car journey from Whitby.

Hidden away amongst the trees of Mulgrave Woods, the castle is a beauty. Originally built in 1214, it served as a prison for King John and a base for poaching. By 1600, it had been converted to a hunting lodge and just 40 years later, it was used as a Civil War base. During this time, it was blown up.

The ruins were later romanticised by the Earl of Mulgrave and a four-year long programme of repairs took place from 1995 to 1999.

Mulgrave Woods is open to the public on Wednesday, Saturday and Sunday and is closed throughout May.

Venture up to the Khyber Pass and you’ll notice a mysterious looking tunnel amongst the grass. This can be found in the town centre on the West side. Follow the alley and you’ll find up at Pier Road, close to The Magpie.

As beautiful as it looks during the day, many holiday makers and residents of Whitby have claimed to feel an eerie presence. Some people even say they have been touched by a ghostly hand and heard disembodied screams, so it is referred to as the ‘Screaming Tunnel’ or ‘Dracula’s Tunnel’.

(Image from Where 2 Walk)

If you take a walk along the Cleveland Way towards Robin Hood’s Bay, you will pass Whitby Lighthouse. The lighthouse is tucked away around two miles down the coast. Originally opened in 1858, there were two towers aligned North-South with fixed lights over Whitby rock.

A walk from town to see it will take around an hour.

So, there you have it – just some of the many hidden treasures in Whitby! Have you been to any?