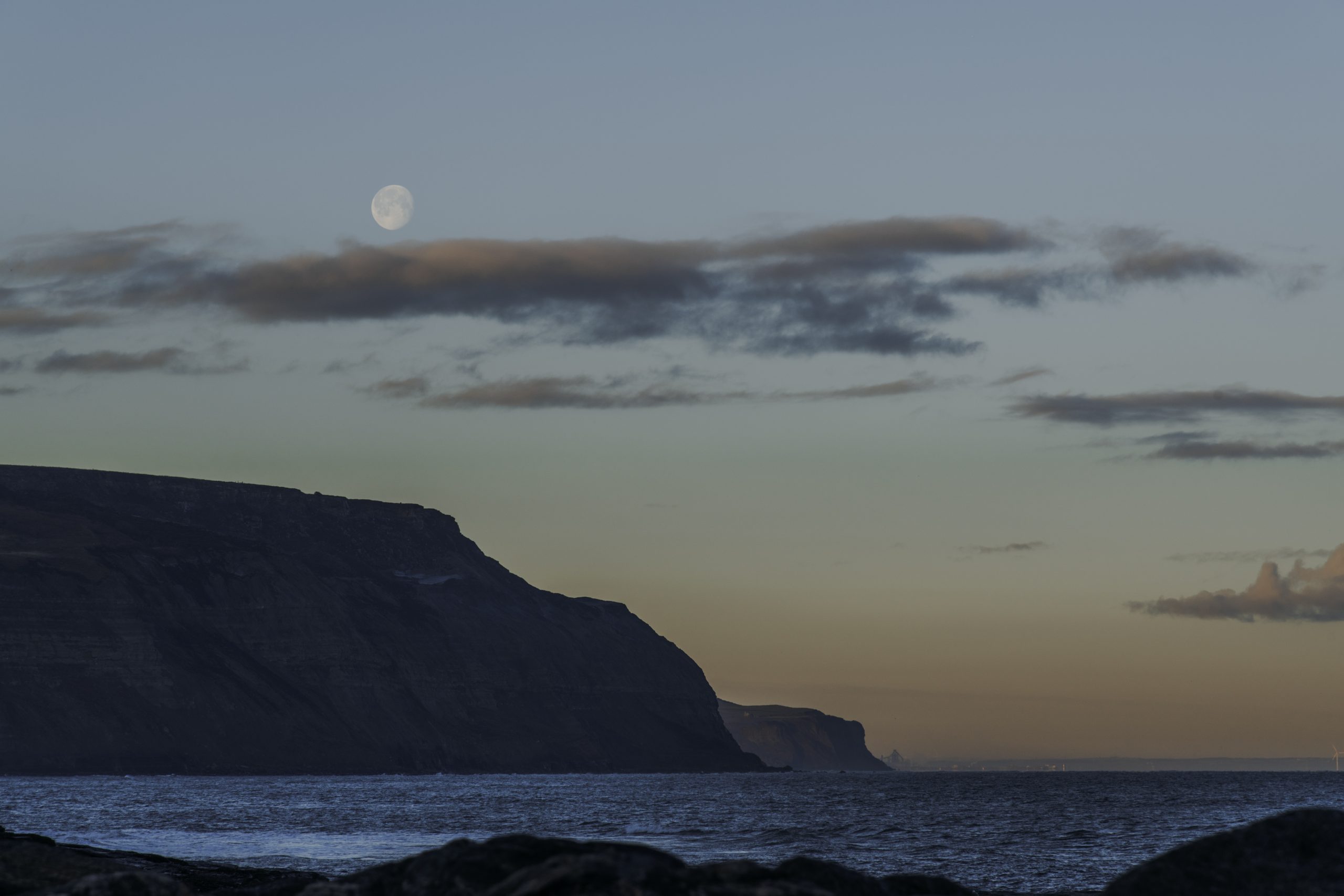 Whether it’s the long stretching coastline, charming market towns or vast moorland, North Yorkshire makes the perfect filming set. Over the years, the region has featured on the big screen and TV on many occasions.

Let’s take a look at the places in North Yorkshire made famous by TV and film. Have you visited any of them? 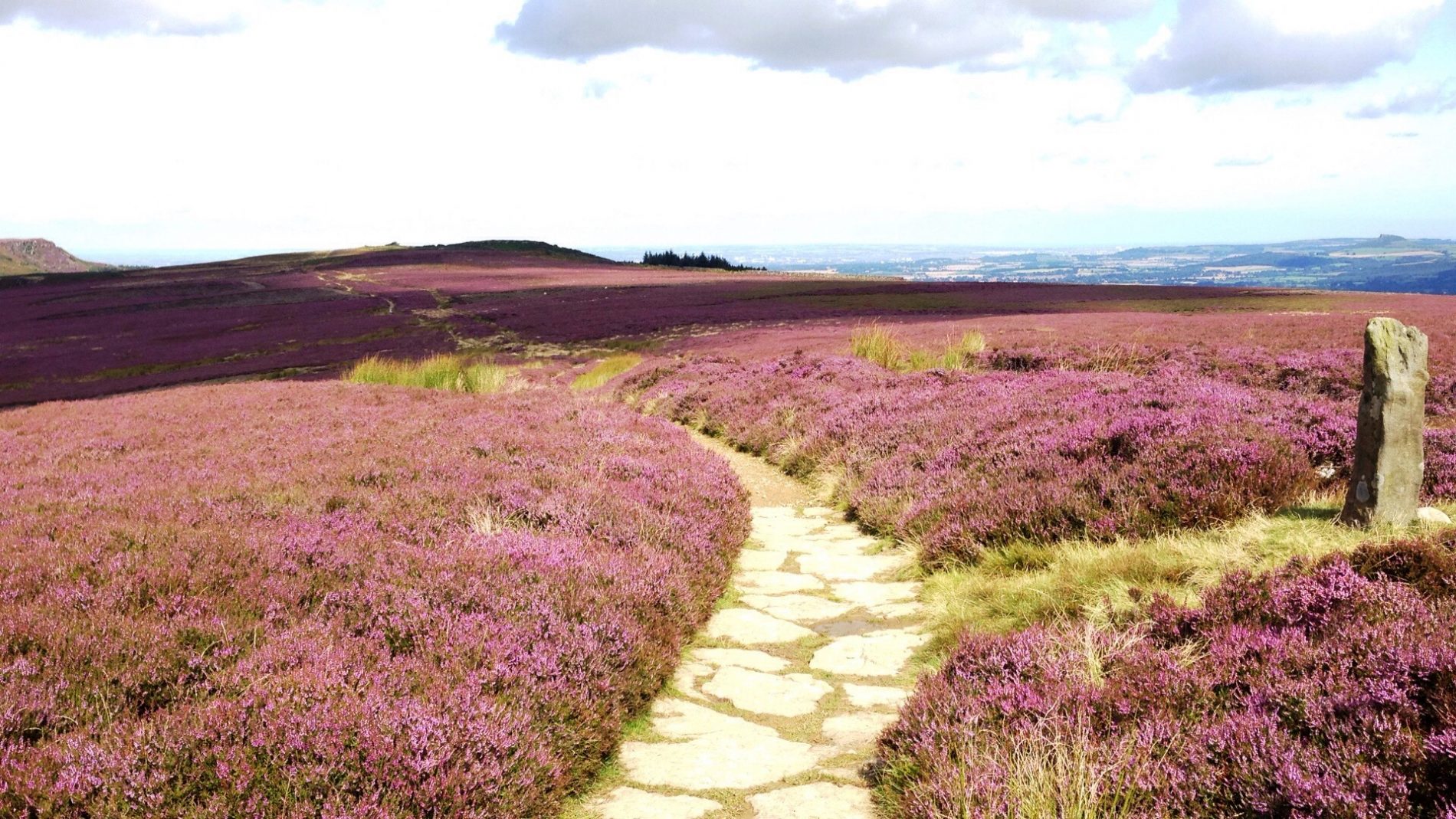 Goathland was the Home of Heartbeat

Originally aired back in April 1992, Heartbeat is an English police drama set in the 1960s. Spanning an incredible 372 episodes, the Sunday night viewing became a family favourite throughout the 18 years it was on TV.

The drama was filmed in various locations throughout North Yorkshire but the most notable was Goathland on the eastern edge of the North York Moors National Park. This charming moorland village has been attracting visitors since the 19th century, but the numbers increased significantly following its appearance on Heartbeat.

You’ll feel like you’ve stopped time when you visit Goathland. This gorgeous village is quaint and scenic. Keen historians will be interested to know that the land of Goathland was granted by King Henry I in memory of the soul of his mother Queen Matilda, as recorded in the charter of 1109, which is held at Whitby Abbey.

Perfect for those wanting to relax and unwind, Goathland attracts walkers, history buffs, fans of Heartbeat and holidaymakers alike. Take a trip on the North York Moors Railway to experience heritage travel through the idyllic moors. You may recognise Goathland Station, as it was used as ‘Hogsmeade’ station in the early Harry Potter films! Take a walk on the ‘Rail Trail’ from Goathland to Grosmont to enjoy a 3 and a half mile jaunt down the old railway line. 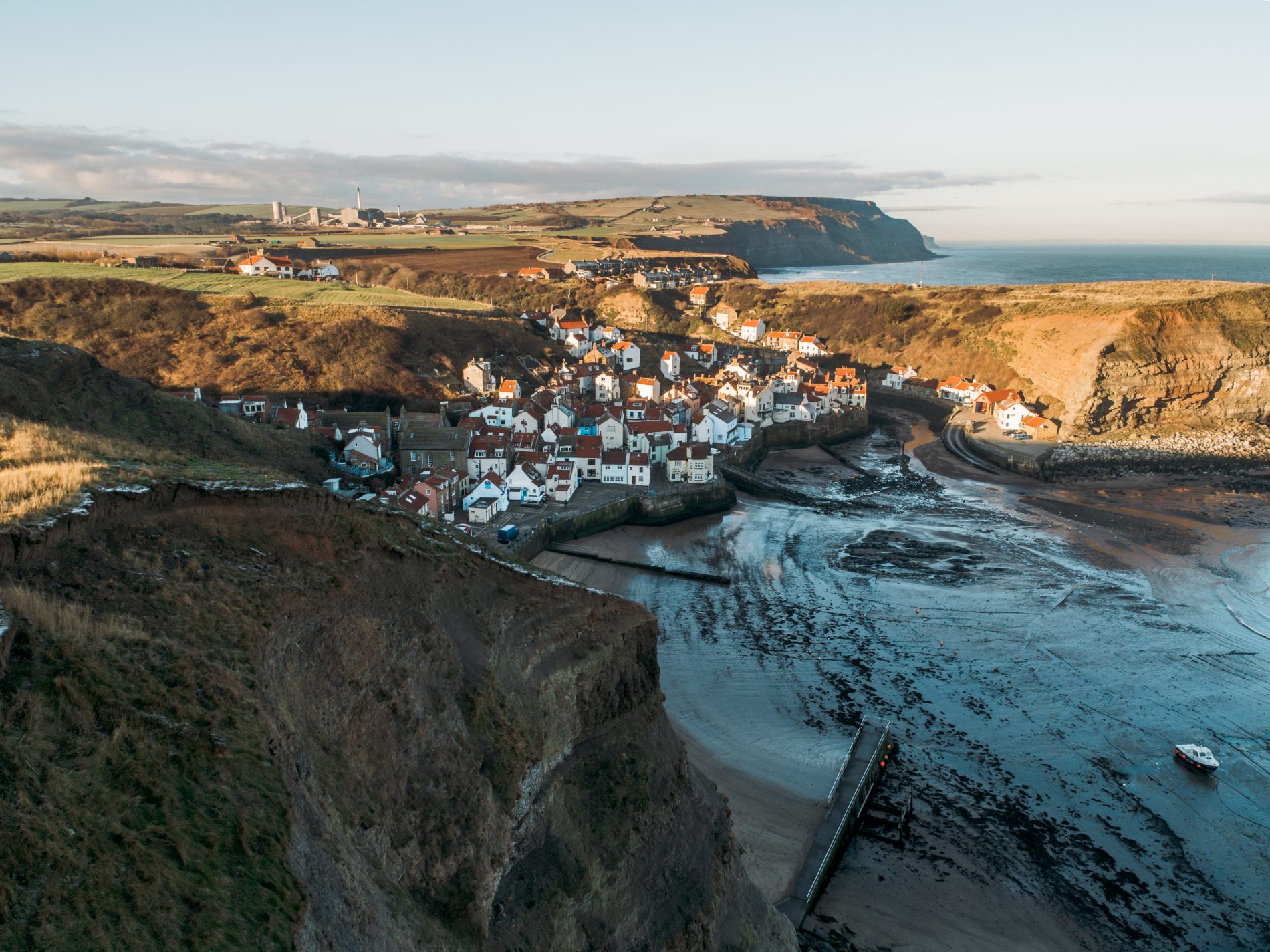 The 2017 drama film, Phantom Thread, is set in the haute couture world of 1950s London. The film stars award winning actor Daniel Day-Lewis as a tortured dressmaker who finds an escape from the pressure in the North York Moors.

The design team made a clear choice early on in the production of the film to ensure they used authentic spaces where possible, rather than studios. They chose locations across North Yorkshire including Robin Hood’s Bay, Staithes and Lythe.

The pretty fishing villages of Robin Hood’s Bay and Staithes gave an atmospheric and romantic feel. With their rugged coastlines and mismatched fishermen’s cottages, the villages are picturesque and remote. Lythe is a small village nearby to Sandsend and just four miles from the seaside town of Whitby. Lythe has a ‘suspended in time’ feel with it’s laidback, sleepy atmosphere. 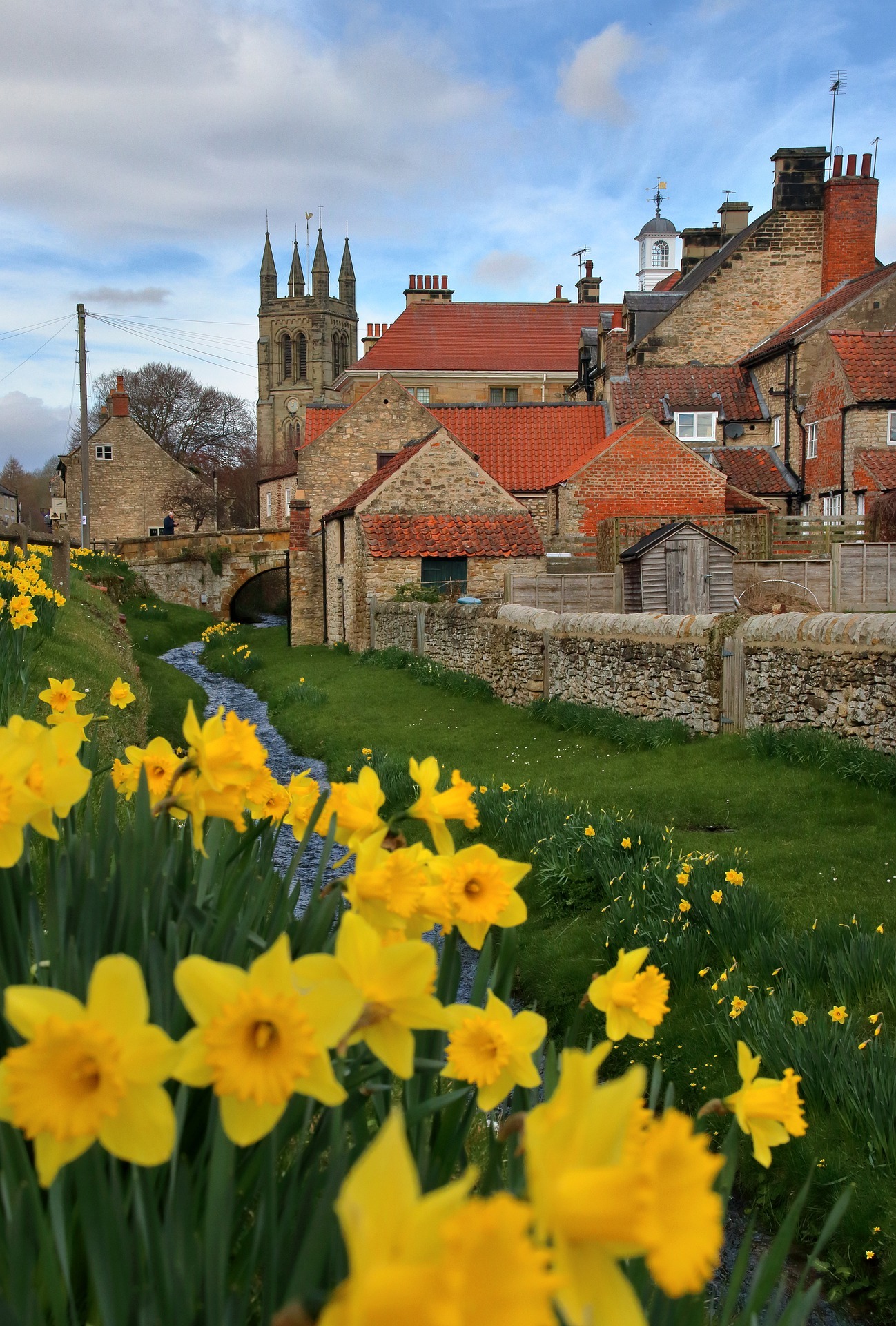 This film isn’t out until August this year but we already expect it to be a hit! With leading roles from Colin Firth and Julie Walters, this new film adaptation of the classic children’s novel The Secret Garden is going to be popular.

Key locations in the film include Helmsley Walled Garden which plays the important role of the secret garden itself, Helmsley Castle and Duncombe Park. There are also moorland shots in Farndale in the North York Moors National Park.

Helmsley is the only market town in the National Park and provides the perfect base for enjoying North Yorkshire. This delightful town is full of character and attractions. Its Walled Garden sits beneath the ruins of Helmsley Castle and spans 5-acres with vibrant flowers, vegetables and fruit growing throughout the season. You can also explore the bustling market square, quaint tea rooms and traditional inns.

So there you have it – our small selection of films and TV which include North Yorkshire. Of course, there are plenty more we could include such as Emmerdale, Downton Abbey, Victoria, Ghost Stories and Wuthering Heights. Can you think of any others?

No matter how many film locations you have on your itinerary, we have holiday homes, cottages and apartments across North Yorkshire from the coast to the moors for you to rest your head. Find your perfect bolthole today and escape to your favourite big screen and TV settings.