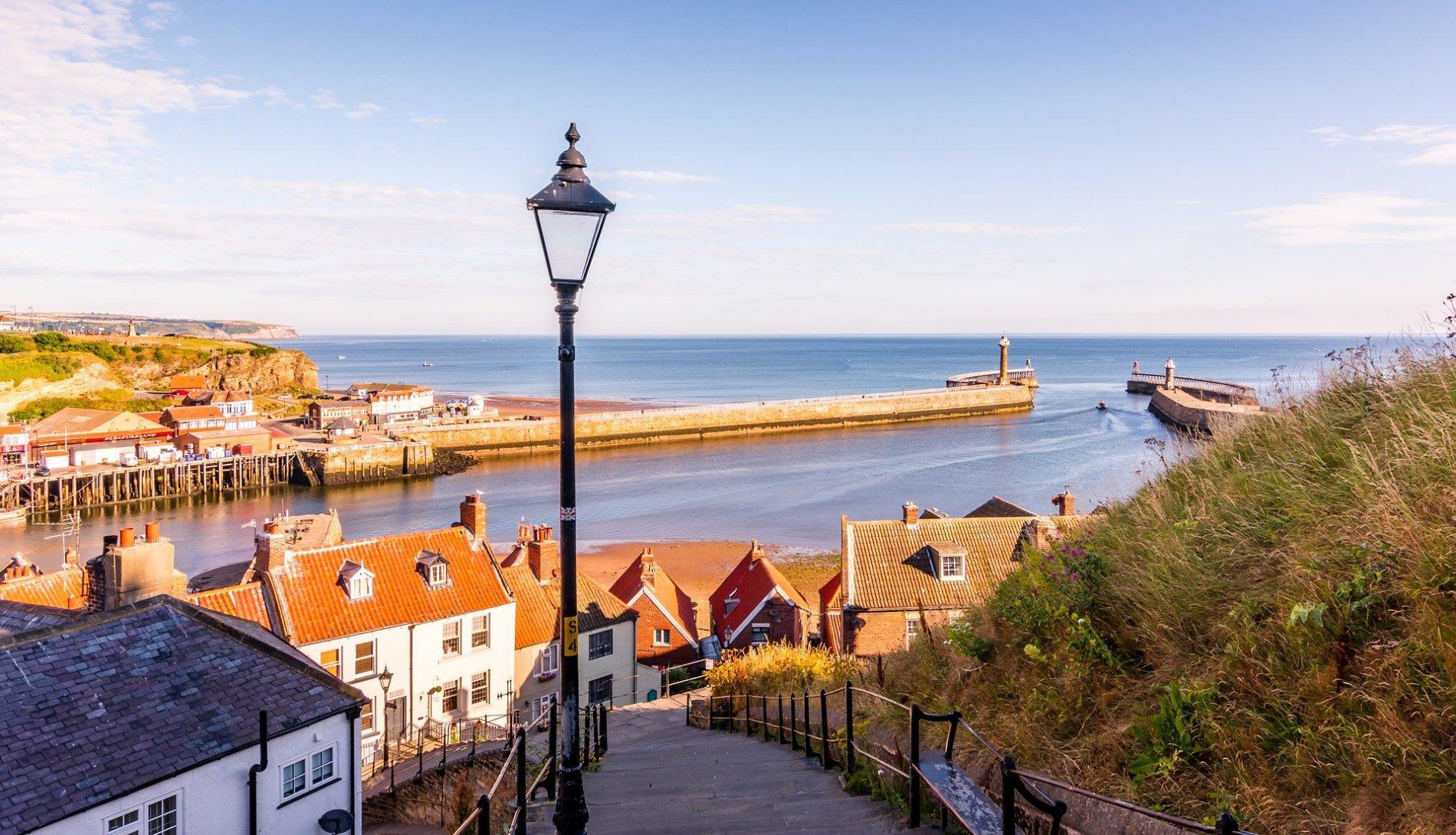 Whitby oozes nostalgic charm. With a beautiful Blue Flag beach and fish restaurants renowned for their catch of the day, Whitby is the perfect place for a seaside getaway. Behind all of the quintessential seaside glamour though lies a town brimming with history. High on the cliff edge, Whitby Abbey dominates the skyline. We have some excellent articles based around the wonderful things to do in Whitby. Take a look below:

A Guide to North Yorkshire

Divided in two by the River Esk, you’ll find the older side of Whitby on the East bank. Narrow medieval alleyways weave in different directions from the quay. The cobbled streets are dotted with cosy cafes, independent shops and small restaurants.

Whitby was once a thriving jet industry, producing beautiful black gemstones which were beloved by the Victorians. Jewellery boutiques in the town still sell Whitby Jet today so you can wear a slice of Whitby history yourself!

Perched high on the East Cliff above the town sits Whitby Abbey. A huge inspiration for many literary figures, the Abbey is most notably recognised in Bram Stoker’s famous gothic novel Dracula. Steeped in history, it is a popular tourist attraction and can be reached by climbing 199 steps from the town to the cliff top.

Whitby also hosts its hugely sought after Goth Weekend twice a year. This in demand festival celebrates all things music and fashion with people visiting from all over the country!

The opposite side of Whitby is packed with seaside shops and restaurants. Lose track of time in the arcades or enjoy ice creams as you wander along the promenade. Awarded with the iconic Blue Flag, Whitby beach has miles of clean, sandy shores. Stroll along the pier and visit the Lighthouse. Just remember to stop and take a look at the incredible sea views!

Whitby is also a historic figure within the fishing industry. Still popular for fishing today, you can’t visit without trying its delicious fish and chips! Some of our favourite restaurants include Trenchers, Abbey Wharf, Star Inn The Harbour and The Moon and Sixpence. We can’t forget the famous Magpie Cafe either!

One of the oldest and most historic streets in Whitby, you’ll find plenty of cafes, restaurants and shops on Flowergate. If you’re looking for good coffee, we’d recommend heading to Whitby Deli. With a relaxed atmosphere, lovely staff, tasty menus and great drinks – what’s not to love?